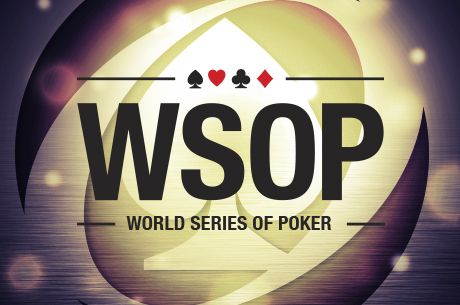 The World Poker Tour has announced what will be their first stop for their Season XIV schedule, which is added on to a hectic schedule over the next month.

On the first day, May 1st, the WPT will arrive at one of its most popular destinations, the Playground Poker Club in Montreal, Quebec, Canada, for the partypoker.net WPT Canadian Spring Championship. The $3500 (Canadian) buy in tournament will feature two starting days for its competitors and, and no matter a player is eliminated on Day 1A or not, he can choose to come back on 1B.

In announcing the tournament, WPT President Adam Pliska spoke highly of the success of the WPT and the Playground Poker Club over the years. “The World Poker Tour is proud to kick off Season XIV at Playground Poker Club, a first-class property that offers an unparalleled level of hospitality to our players,” he said. “In four WPT Main Tour events over three consecutive seasons, Playground has generated a combined prize pool of more than $10.5 million, and we look forward to another massive turnout this May.”

Adam points out what has been a tremendous run for the WPT at the Playground over its previous visits. Its inaugural stop in 2012 saw an astounding 1173 entries into the WPT Montreal, which was eventually won by one of Canada’s native sons Jonathan Roy. Although the numbers haven’t approached that level since that original stop (the most recent visit by the WPT to the Playground for the WPT Montreal in November 2014 generated 732 entries and was won by Jonathan Jaffee), it is still considered a prime stop by the players.

“Spring is my favorite time of year, with so much poker action on the calendar,” Playground Players Club member Antonio Esfandiari stated during the announcement of the tournament stop. “What better way to kick it off than at one of my favorite places to play. I love Playground – I love the staff, I love the service and I love the city of Montreal.”

The scheduling of the start of the next WPT season flies in the face of convention for the organization. You know, the WPT has usually not started their next season until after the completion of the World Series of Poker in July in the past. The past two seasons, for example, have seen the WPT open their international schedules with a stop in Cyprus in August. As for now, the Montreal tournament is joined by the WPT Amsterdam (May 11-16) and the WPT Choctaw (July 31-August 4) as the only events on the Season XIV schedule (expect that to change soon).

The WPT has also set up a grueling schedule not only for its staff but for potential players also. On April 16, the WPT Seminole Hard Rock Poker Showdown (at the eponymous location in Hollywood, FL) is scheduled to kick off with its televised final table recording set for April 22. The trucks will be loaded up following that to head to the WPT World Championship from April 25-29 at the Borgata in Atlantic City (another televised tournament for the Season XIII schedule). Add in the WPT Canadian Spring Championship, the kickoff for the Season XIV schedule, and the tour will hold three tournaments within the span of two weeks and four within a month if the WPT Amsterdam is added to the list.