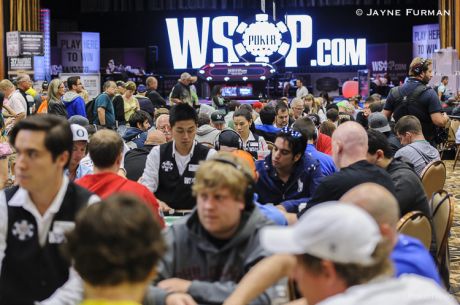 It’s normal when one or some players say “I don’t like my cards”. It just sounds like a rounder running bad and whining about it. However, when some top players said “I don’t like the cards.  I will take issue with the decks”, it’s really an event. Now many players are taking issue with new Modiano decks at WSOP.

The WSOP brought in a new Modiano card manufacturer to supply decks for the 2015 WSOP. It’s said to be an Italian company, which makes 100 percent plastic playing cards constructed with its own proprietary platinum acetate. The company's website claims that they are superior to competitors like Copag and Fournier, even in "every aspect worthy of merit." However, many of players are taking issue with that claim after two weeks into the 2015 WSOP schedule.

They have pointed several problems with the cards.

First, the cards are too too thin and they are easily marked. It’s said that in the deuce-to-seven the other night, every three to four hands people were noticing marked cards, and they eventually just gave up, so they were essentially playing with marked cards.

Second, they manufactured the cards in a wrong way. The clubs and spades are similar in shape. A spade is usually pointy and has a rough edge. These ones are rounded, so it's very difficult to tell them apart, especially for those who don't have great eyesight. And it’s very difficult to distinguish between a king, queen and a jack.

As a matter of fact, we couldn’t tell which cards are better or superior just by one aspect. As for marked cards, both plastic cards and paper ones can be marked well with invisible marks. For this event, we can tell that marked cards are common used in poker games, even in the WSOP. People who have prepared for it can win or defend himself from losing, and those who do nothing can only give up or lose money.